NEW YORK, March 3, 2020 /PRNewswire/ -- Meredith Corporation (NYSE: MDP), a brand-led media company reaching 115 million American women and 90 percent of the female U.S. population, and Unilever, one of the world's leading suppliers of beauty & personal care, home care, and foods & refreshment products with sales in over 190 countries and reaching 2.5 billion consumers a day, today announced that they are joining forces to present the second season of PEOPLE's #SeeHer Story, a weekly digital video series co-created and narrated by legendary journalist and entrepreneur Katie Couric. In celebration of this partnership and in honor of International Women's Day on March 8, executives representing the partner organizations are scheduled to ring the closing bell at the New York Stock Exchange at 4 p.m. tomorrow, March 4.

PEOPLE's #SeeHer Story, which highlights the achievements of female trailblazers and rule breakers from the past 100 years to present day, was developed in support of the Association of National Advertisers' SeeHer movement, aimed at increasing the accurate portrayal of women and girls in advertising and media. To date, the series of digital vignettes has spotlighted a range of impressive women such as Jennifer Lopez, Coretta Scott King, Iman, Jane Fonda, Wilma Mankiller, Lizzo, and Marie and Irène Curie. The second season, sponsored by Unilever brands Dove and Tresemmé, will launch in June on PEOPLE.com and on select digital platforms. In addition, profiles from the series will be featured in the print edition of PEOPLE and in Katie Couric Media's weekday newsletter Wake-Up Call.

Catherine Levene, President, Meredith Digital, said, "As a company serving women at all stages of their lives, Meredith is delighted to partner with Unilever's Dove and Tresemmé brands on the second season of #SeeHer Story. It's important that we share the stories of remarkable female pioneers and continue to celebrate women who are making a difference."

There were more than 10.3 million views of the first season of PEOPLE's #SeeHer Story.

"Partnering with Meredith and the ANA on this storytelling initiative is a powerful way for Dove and Tresemmé to shine a spotlight on incredible women who are rewriting the rules of female empowerment and inspiring people across the country. We are thrilled to help amplify these stories and support the meaningful cultural conversations they inspire," said Rob Master, VP of Media and Digital Engagement, Unilever North America.

"Meredith is a valued partner of SeeHer and we were delighted when they launched #SeeHer Story with SeeHer Board Advisor Katie Couric Media," added Nadine Karp McHugh, president, ANA SeeHer.  "The stories reflect the true essence of our brand, 'if you can see her you can be her.' We are thrilled that the show is going to its second season to continue to share inspiration with millions of American women."

About Meredith
Meredith Corporation has been committed to service journalism for 117 years. Meredith uses multiple distribution platforms—including broadcast television, print, digital, mobile and video—to provide consumers with content they desire and to deliver the messages of its advertising and marketing partners. Meredith's National Media Group reaches over 180 million unduplicated American consumers every month, including nearly 90 percent of U.S. Millennial women. Meredith is the No. 1 magazine operator in the U.S. and owner of the largest premium content digital network for American consumers. Meredith's Local Media Group includes 17 television stations, reaching 11 percent of U.S. households.

About SeeHer
Despite strides made in recent years to accurately portray women and girls in media, gender bias persists throughout advertising and entertainment. The average age, race, and body type of women depicted in media today still represent only a small fraction of the female population. SeeHer is the leading global movement for gender equality in media. Led by the Association of National Advertisers (ANA), SeeHer is a collective of leading marketers committed to creating and supporting content that portrays women and girls as they really are. It launched in June 2016 in partnership with The Female Quotient (The FQ). To help marketers benchmark success, ANA's SeeHer developed the Gender Equality Measure™ (GEM™), the first research methodology that quantifies gender bias in ads and programming. GEM™ shows that content that portrays females accurately dramatically increases purchase intent and brand reputation, increasing return on investment (ROI) by as much as 30 percent. GEM™ won the 2017 ESOMAR Research Effectiveness Award, and the methodology became the industry standard which led to a global rollout in 2018. Visit www.SeeHer.com and follow us on Facebook, Instagram and Twitter @SeeHer2020.

About PEOPLE
Meredith Corporation's PEOPLE revolutionized personality journalism when it launched as a weekly in 1974 with a mission to celebrate extraordinary people doing ordinary things and ordinary people doing extraordinary things. Ubiquitous and still at the center of pop culture more than 45 years later, the PEOPLE brand is accessible across all media and platforms (print, digital, video, OTT, mobile, social) bringing more than 100 million consumers a unique mix of breaking entertainment news, exclusive photos, video, unparalleled access to the red carpet, celebrities, and in-depth reporting on the most compelling newsmakers of our time. An essential component of PEOPLE's editorial vision remains human interest stories, which touch and often mirror the lives of our passionate audience. ComScore ranks the PEOPLE/Entertainment Weekly Digital Network No. 1 in the entertainment news category. PeopleTV, the advertiser-supported OTT streaming service from PEOPLE and Entertainment Weekly that launched in 2016, features original series and specials focusing on celebrity, red carpet, pop culture, lifestyle and human-interest stories. PEOPLE is an award-winning 24/7 news organization headquartered in NYC with reporters worldwide. For more information visit PEOPLE.com and follow @people on Twitter and Instagram, @peoplemag on Facebook, and the PEOPLE channel on YouTube and on Snapchat's Discover.

About KATIE COURIC MEDIA
At Katie Couric Media, we are creating high-quality content in collaboration with purpose-driven brands, highlighting the important issues impacting people globally. Through a newsletter, podcast, and premium video, Katie will inform, educate, and entertain her 100 million fans, all in partnership with brands that care about changing the world as much as she does. It's a new model—an iconic journalist partnering with the world's leading brands to drive meaningful conversation on the issues that matter most now. 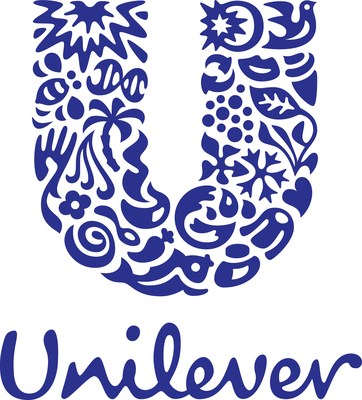 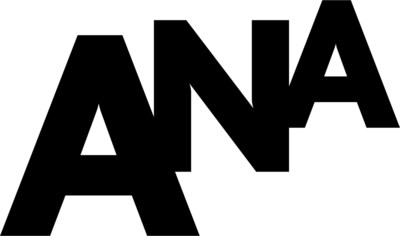