ST. LOUIS, April 6, 2020 /PRNewswire/ -- Meredith Corporation (NYSE:MDP; www.meredith.com) announced today that James (JD) Sosnoff is being promoted to Vice President and General Manager of KMOV-TV in St. Louis, effective July 1, 2020. Sosnoff is currently KMOV's Director of Sales. He will succeed Mike Murphy, who will retire at the end of June. Murphy has been VP and General Manager of KMOV since 2015. 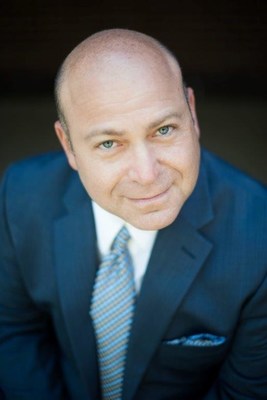 "Mike has been an outstanding leader for KMOV and has built a terrific team in St. Louis," said Meredith Local Media Group President Patrick McCreery. "We will miss his leadership, sense of humor, and his huge heart. Mike's career has embodied localism through the building of more than two dozen homes with Habitat for Humanity and the thousands of dollars raised for the Red Cross to help disaster victims in St. Louis."

"I started my career with Meredith as an Account Executive at WSMV in Nashville and I've come full circle," said Murphy. "I am so proud of this team and am excited to see JD move into the VP and General Manager position. I know KMOV and my colleagues are in very capable hands."

"It's great to be filling another senior leadership position in our Local Media Group from within the ranks," said McCreery. "JD has been part of the KMOV family for nearly a decade and has led the station to record-setting revenue shares in local, national, and political advertising in the last four years. JD has proven himself to be a trusted leader and I'm confident he will continue the strong momentum present at KMOV."

"Mike's support and mentorship over the last five years have meant the world to me and I know our team will continue to build on his success," said Sosnoff. "I am thrilled to have the opportunity to lead the incredible team at KMOV. I'm from St. Louis, and my wife and I have raised our four children here.  It's home, and I'm proud to continue to serve this great community in this important leadership role."

Sosnoff earned his bachelor's degree in Journalism from the University of Missouri. He is a member of the St. Louis Sports Commission and a Board member of the Stevens Institute of Business & Arts.

Meredith Corporation has been committed to service journalism for 118 years. Meredith uses multiple distribution platforms—including broadcast television, print, digital and video—to provide consumers with content they desire and to deliver the messages of its advertising and marketing partners. Meredith's National Media Group reaches over 190 million unduplicated American consumers every month, including nearly 95 percent of U.S. women. Meredith is the No. 1 magazine operator in the U.S. and owner of the largest premium content digital network for American consumers. Meredith's Local Media Group includes 17 television stations, reaching 11 percent of U.S. households.