NEW YORK, Oct. 1, 2020 /PRNewswire/ -- Meredith Corporation (NYSE:MDP; www.meredith.com) and PEOPLE announced today that acclaimed journalist and New York Times best-selling author Gretchen Carlson will return to television this fall as a Special Contributor for PEOPLE (the TV Show!). In this role, Carlson will showcase everyday American heroes and continue PEOPLE's mission of highlighting ordinary people doing extraordinary things – exemplifying that even in difficult and divisive times, communities come together to help one another and lift each other up. 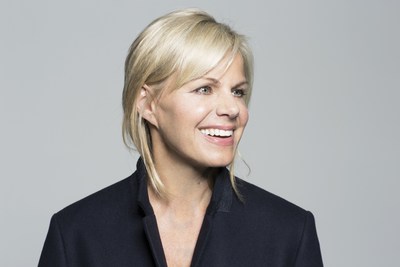 "Gretchen is an incredibly talented and resilient person," said Executive Producer Rob Silverstein. "She is a champion for women in and out of the workplace, as demonstrated not only by her advocacy, but also by her more than 20-year career as a journalist, covering some of the most important issues and events of the last two decades. We are honored to have her as part of the PEOPLE team."

Carlson began her career as a political reporter in Richmond, Virginia, working at several local television stations before becoming a co-host and correspondent for CBS' The Saturday Early Show. She then became a co-host of Fox News' Fox and Friends for more than seven years before hosting her own show, The Real Story, for three years before leaving the network and becoming an advocate for workplace equality and ending workplace sexual harassment. After Carlson paved the way for the #MeToo movement with her historic 2016 sexual harassment complaint against the chairman of Fox News, Roger Ailes, she produced and hosted multiple documentary specials for A&E Originals, the first of which told stories of women from all walks of life who had suffered unwanted sexual advances in the workplace and the steps that need to be taken to prevent such behavior.

"I'm thrilled to be joining the iconic PEOPLE newsroom to bring important stories of inspiring and game-changing individuals to the forefront. PEOPLE has always been a trusted source for authentic and inspiring stories, and I am honored to have been asked to join them in ushering the brand into this new chapter. It is imperative that we continue to lift the voices of those who are breaking barriers and doing vital work in their communities, now more than ever, and I'm excited to be able to spotlight those who are exemplifying empowerment, strength and determination in all areas of life."

Carlson is the Co-Founder of Lift Our Voices, a non-profit organization dedicated to eradicating non-disclosures in the workplace that continue to silence women. She serves as a trustee for the March of Dimes National Board, is a member of the Time's Up Global Leadership Board, and is a member of the philanthropic organization Women Moving Millions. Carlson is a TED Talk alum and was named one of Time Magazine's most influential people in the world.  She is an honors graduate of Stanford University and studied at Oxford University. She and her husband, sports agent Casey Close, live in Connecticut with their two children.

Meredith Corporation has been committed to service journalism for more than 118 years. Today, Meredith uses multiple distribution platforms – including broadcast television, print and digital – to provide consumers with content they desire and to deliver the messages of its advertising partners Meredith's Local Media Group includes 17 television stations reaching 11 percent of U.S. households. Meredith's portfolio is concentrated in large, fast-growing markets, with seven stations in the nation's Top 25 and 13 in Top 50 markets. Meredith's stations produce approximately 745 hours of local news and entertainment content each week and operate leading local digital destinations.

Meredith Corporation's PEOPLE revolutionized personality journalism when it launched as a weekly in 1974 with a mission to celebrate extraordinary people doing ordinary things and ordinary people doing extraordinary things. Ubiquitous and still at the center of pop culture more than 45 years later, the PEOPLE brand is accessible across all media and platforms (print, digital, video, OTT, mobile, social) bringing more than 100 million consumers a unique mix of breaking entertainment news, exclusive photos, video, unparalleled access to the red carpet, celebrities, and in-depth reporting on the most compelling newsmakers of our time. An essential component of PEOPLE's editorial vision remains human interest stories, which touch and often mirror the lives of our passionate audience. ComScore ranks the PEOPLE/Entertainment Weekly Digital Network No. 1 in the entertainment news category. PeopleTV, the advertiser-supported OTT streaming service from PEOPLE and Entertainment Weekly that launched in 2016, features original series and specials focusing on celebrity, red carpet, pop culture, lifestyle and human-interest stories. PEOPLE is an award-winning 24/7 news organization headquartered in NYC with reporters worldwide. For more information visit PEOPLE.com and follow @people on Twitter and Instagram, @peoplemag on Facebook, and the PEOPLE channel on YouTube and on Snapchat's Discover. 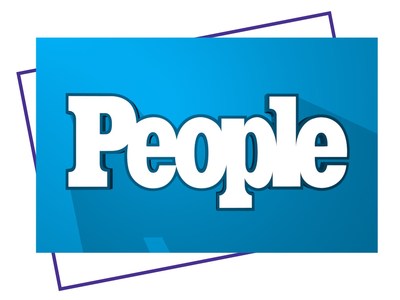