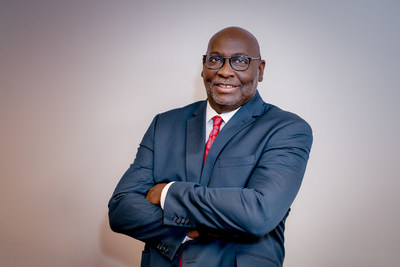 "Ken has been an extraordinary member of WNEM-TV 5 for over a decade and has worked in the local television industry for nearly a quarter-century," said Meredith Local Media Group President Patrick McCreery. "He has successfully led the WNEM sales team and helped the station consistently grow its market share, a pattern I'm confident will continue in his role as General Manager."

Frierson started his career as an Account Executive at WSMH FOX66 in Flint, and then joined WNEM-TV 5 and Meredith in 1991 also as an Account Executive. He worked at WEYI in Flint as Regional Sales Manager before being promoted to National Sales Manager. Frierson has also held various Sales and Business Operations positions at local television stations in Peoria, IL, Syracuse, NY, Detroit, MI, and Troy, MI.

Frierson returned to Meredith in 2010 as WNEM-TV 5's Local Sales Manager and was promoted to General Sales Manager in 2018. During his tenure, the sales team has grown the station's revenues year after year

"It's exciting to become General Manager of such an incredible television station in the same market where I started my career," said Frierson. "I am honored to have the opportunity to lead the spectacular team at WNEM and serve the people of Mid-Michigan."

Frierson has received many awards and honors in his career including the Human Relations Award from the Dale Carnegie Leadership Course, the Award of Excellence in the Best New Business Idea category from Noll & Associates, and has twice received the Distinguished Sales Achiever award from Sales and Marketing Executives, among others.

Frierson earned his Bachelor of Science degree in Speech Communications from the University of Wisconsin, Superior. He currently serves on the Board of Directors for the Michigan Association of Broadcasters.

Meredith Corporation has been committed to service journalism for more than 118 years. Today, Meredith uses multiple distribution platforms – including broadcast television, print, and digital – to provide consumers with content they desire and to deliver the messages of its advertising partners.