NEW YORK, Nov. 24, 2020 /PRNewswire/ -- Meredith Corporation's PEOPLE, the leading multiplatform entertainment brand, ubiquitous and still at the center of pop culture conversation more than 46 years since its launch, and iHeartMedia, the nation's No. 1 audio company reaching nine out of ten Americans every month, announce PEOPLE editor Janine Rubenstein as host of PEOPLE Every Day, the new Monday-Friday podcast that is set to premiere with Macy's, one of the nation's premier omni-channel fashion retailers, as the exclusive launch sponsor on February 1 on iHeartRadio and all major podcast platforms. 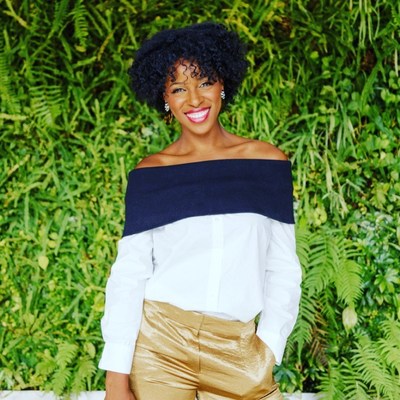 Rubenstein appears regularly on broadcast entertainment and morning shows where she contributes expert commentary on the latest news and PEOPLE feature stories. For the past nine years she has reported and edited breaking news, music features (she interviewed Lenny Kravitz, Mariah Carey, Jon Bon Jovi, and John Legend, to name a few), human interest, style, and contributed to PEOPLE's popular franchises Sexiest Man Alive and the Beautiful Issue, as well as co-hosted the PEOPLE & Entertainment Weekly Red Carpet Live streaming events during awards season. Prior to joining PEOPLE, the San Francisco native reported news and entertainment at Essence, and served as a reporter/writer at the legendary Cape Times newspaper in South Africa, where she covered crime and local news stories in Cape Town during the 2010 World Cup Games.

"I couldn't be more excited to host the new PEOPLE Every Day podcast," said Rubenstein. "As a lifelong news and entertainment enthusiast, I look forward to engaging the brand's vast audience – and welcoming new audiences -- on this exciting platform, where I'll be breaking down the biggest and best stories of the day."  In addition, she will step into the role of Editor-at-Large, where she will continue to write, report, and oversee select editorial projects for PEOPLE.

As host of PEOPLE Every Day, which is co-produced by PEOPLE and iHeartRadio, Rubenstein will bring the PEOPLE newsroom to life as a daily escape. Listeners will have access to behind the scenes news spanning celebrity and entertainment, inspiring human-interest features, true crime, style and beauty, sneak peeks, and more. Episodes will be distributed by the iHeartPodcast Network and will feature the biggest stories of the moment, presented with in-depth explainers, expert interviews, and exclusive reporting.

"PEOPLE Every Day will be unlike any other daily podcast the audience has heard – fresh, inspiring, enlightening and fun – and we know that Janine's incredible skill as a journalist and commentator along with iHeart's award-winning producers will make this show a truly compelling daily habit for our audiences," said Will Lee, SVP, Digital, Meredith Entertainment Group.

"We are thrilled to have Janine on board to host PEOPLE Every Day," said Conal Byrne, President, iHeartPodcast Network. "Her warmth and energy on the mic, along with her experience covering entertainment, style, celebrity, sports, breaking and really all types of human-interest news over the last decade makes her a perfect fit to bring this new daily podcast to life."

About PEOPLE
Meredith Corporation's (NYSE: MDP) PEOPLE revolutionized personality journalism when it launched as a weekly in 1974 with a mission to celebrate extraordinary people doing ordinary things and ordinary people doing extraordinary things.  Ubiquitous and still at the center of pop culture more than 46 years later, the PEOPLE brand is accessible across all media and platforms (print, digital, video, OTT, mobile, social) bringing more than 100 million consumers a unique mix of breaking entertainment news, exclusive photos, video, unparalleled access to the red carpet, celebrities, and in-depth reporting on the most compelling newsmakers of our time. An essential component of PEOPLE's editorial vision remains human interest stories, which touch and often mirror the lives of our passionate audience. ComScore ranks the PEOPLE/Entertainment Weekly Digital Network No. 1 in the entertainment news category. PeopleTV, the advertiser-supported OTT streaming service from PEOPLE and Entertainment Weekly that launched in 2016, features original series and specials focusing on celebrity, red carpet, pop culture, lifestyle and human-interest stories. PEOPLE is an award-winning 24/7 news organization headquartered in NYC with reporters worldwide. For more information visit PEOPLE.com and follow @people on Twitter and Instagram, @peoplemag on Facebook, and the PEOPLE channel on YouTube and on Snapchat's Discover.

About iHeartMedia
iHeartMedia (NASDAQ: IHRT) is the number one audio company in the United States, reaching nine out of 10 Americans every month – and with its quarter of a billion monthly listeners, has a greater reach than any other media company in the U.S. The company's leadership position in audio extends across multiple platforms, including more than 850 live broadcast stations in over 160 markets nationwide; through its iHeartRadio digital service available across more than 250 platforms and 2,000 devices; through its influencers; social; branded iconic live music events; other digital products and newsletters; and podcasts as the #1 commercial podcast publisher. iHeartMedia also leads the audio industry in analytics, targeting and attribution for its marketing partners with its SmartAudio product, using data from its massive consumer base. Visit iHeartMedia.com for more company information.

About Macy's
Macy's is America's Department Store. For more than 160 years, Macy's, the largest retail brand of Macy's, Inc., has served generations at every stage of their lives. Macy's customers come to us for fashion, value and high-quality products. We are proud of our heritage and the unique role we play in American culture and tradition. We celebrate occasions big and small and have created decades of memorable experiences through Macy's 4th of July Fireworks® and Macy's Thanksgiving Day Parade®, as well as spectacular fashion shows, culinary events, flower shows, and celebrity appearances. With the collective support of our customers and colleagues, Macy's helps make a difference in every market we serve, supporting local and national charities through funding and volunteer service. With fashion, value and celebration as our guide, Macy's makes life shine brighter for our customers, colleagues, and communities.