PORTLAND, Ore., July 15, 2021 /PRNewswire/ -- Meredith Corporation announced today that it has promoted Corey Hanson to Vice President and General Manager of its Portland, Oregon, duopoly KPTV (FOX12 Oregon) and KPDX (FOX12 Plus – MyNetwork), effective August 2, 2021. Hanson currently serves as VP and General Manager of WALA, Meredith's FOX affiliate in the Mobile, Alabama/Pensacola, Florida, market. This is a return home for Hanson, who served as Station Manager at KPTV/KPDX before accepting the VP/General Manager position at WALA. She will succeed Adrienne Roark, who will be leaving KPTV/KPDX for a new opportunity at the end of July. 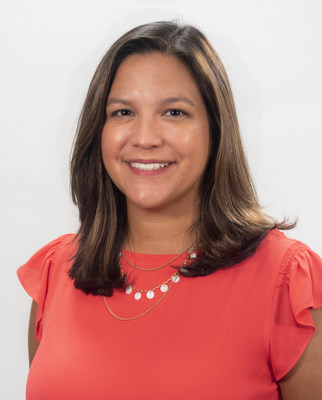 "Corey's leadership has been invaluable to Meredith since she first joined KPTV/KPDX in 2004 and through her time at WALA. She has a proven record of ratings success and a passion for innovative non-traditional projects that generate revenue, community involvement, and team building," said Meredith Local Media Group President Patrick McCreery. "Corey led the WALA team through COVID-19, one of the most challenging periods in our industry's and country's history. I am confident that her experience and results-driven leadership will make a lasting impact on the KPTV/KPDX team and the community."

Hanson joined Meredith in 2004 as an Executive Producer at KPTV/KPDX before being promoted to Creative Services Director, Executive News Director, and Station Manager. Under her leadership, KPTV/KPDX saw ratings growth in all day parts and achieved the number one audience position for morning and late news. The duopoly has held that number one position for over a decade. Hanson also helped launch nine newscasts, producing nearly 70 hours of weekly news content.

Before joining Meredith, Hanson began her career as a news producer at KOIN (CBS) before moving to KGW (NBC), both in Portland.

"I am so grateful to the team at WALA FOX 10 for their perseverance, hard work, and genuine care for their community and one another during the past year. I am very proud of this team and its many accomplishments," said Hanson. "I am equally grateful to return to Portland and continue to build on the FOX12 team's success. I couldn't be more thrilled to get started."

Hanson is a member of the National Association of Broadcasters Diversity Equity & Inclusion Advisory Committee, National Academy of Television Arts & Sciences, and the Radio Television Digital News Association. She earned her bachelor of arts degree in rhetoric and media studies from Willamette University in Salem, Oregon, and a certificate in business essentials from the University of North Carolina Kenan-Flagler Business School.