PARENTS Names The Best Children's Books Of 2021
30 Winners Narrowed from Over 350, Tested by Nearly More Than 100 Children

NEW YORK, Nov. 4, 2021 /PRNewswire/ -- Meredith Corporation's (NYSE: MDP) PARENTS released the 13th annual list of Best Children's Books, recognizing the 30 top new reads for every child in 2021. Selected by the editors and kid-approved, the list of winners is available now on PARENTS.com/BestBooks and in the December issue of PARENTS, available now. 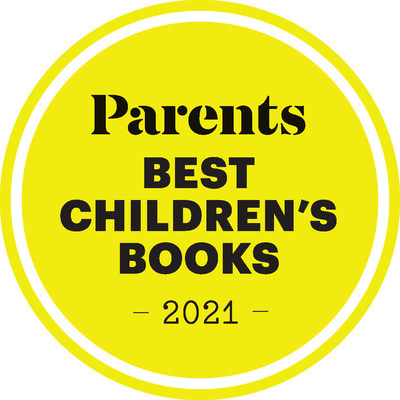 "The year 2021 was unpredictable for families, but they could always count on reading together as a way to bring on joy, laughter, learning, and adventure," says PARENTS Editor in Chief Julia Edelstein. "PARENTS highlights children's books in every issue, but December's list is particularly special. In a packed field of top notch children's literature released this year, these 30 books stand out as the most engaging, enriching, original and in many cases, beautiful to behold. I believe every title here deserves a spot on your child's bookshelf."

PARENTS editors, librarians, teachers and literacy experts nominated more than 250 titles published this year. A diverse group of over 100 kids and their parents helped determine 30 winners that deliver excitement, adventure, and kindness.

The complete list of PARENTS' Best Children's Books of 2021 is presented below by category and on PARENTS.com/BestBooks.

Librarians also nominated over 75 new teen novels, which were reviewed by 25 teens who named 10 winners to the PARENTS list of Best Books for Teens. The list is available as a digital exclusive on PARENTS.com/TeenBooks.

ABOUT PARENTS
PARENTS, the leading source for busy, millennial moms, reaches 9.3 million readers monthly through an award-winning magazine and over 19 million through its digital and social platforms. With an understanding that raising good people is the most important job, PARENTS serves up trusted advice that empowers moms and dads to care for their kids with confidence and find ways to enjoy the ride. PARENTS is produced by Meredith Corporation (NYSE: MDP).