Sponsors to Participate Including GE Appliances and Elkay, Among Others

NEW YORK and BIRMINGHAM, Ala., April 26, 2022 /PRNewswire/ -- Dotdash Meredith's Southern Living announces today the upcoming debut of its first-ever Adaptive Cottage, an innovative new house plan designed to accommodate people who have mobility challenges. The project will benefit the Parkinson's Foundation. A full reveal of the home and the adaptive features will be highlighted in the August issue of Southern Living, on newsstands July 15 and on SouthernLiving.com in June. 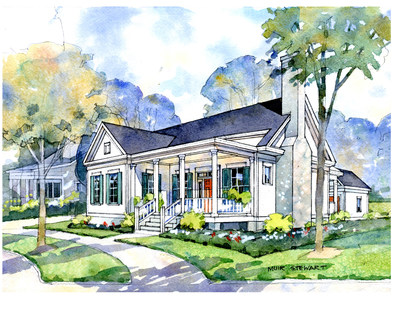 "Southern Living is honored to collaborate with Scott Rider, the Parkinson's Foundation and the incredible design team in Habersham to bring this innovative project to life," said Sid Evans, Editor in Chief of Southern Living. "We hope this project will bring accessibility to the forefront of conversations in the building community."

The vision for the project originated with Scott Rider, a passionate advocate in the Parkinson's community. "As a person living with Parkinson's disease, the Southern Living Adaptive Cottage represents what I believe individuals living with Parkinson's disease need: independence and collaboration," said Rider. "The unique design and finishes make it possible for a person who has physical limitations to live more independently than would otherwise be possible. This project was made possible thanks to the collaboration of generous individuals and multiple organizations. My hope is that this project will increase awareness of Parkinson's disease as well as much needed funds that will help lead to a cure."

"We are so grateful for Scott Rider's vision for the Adaptive Cottage and for Southern Living's partnership to see his vision come to life," said John L. Lehr, President and CEO of the Parkinson's Foundation. "This project is sure to impact lives for the better and bring much needed awareness to the daily challenges of living with Parkinson's disease, as well as those with mobility issues who wish to age in place with independence."

The Adaptive Cottage is being created by an esteemed group of experts in their fields, including residential designer Eric Moser of Moser Design Group, Allen Patterson of Allen Patterson Builders, and Kathryn Lott of Kathryn Lott Designs. The building site in Habersham was donated to the project at cost by Robert Turner of the Habersham Land Company.

Sponsors of the Adaptive Cottage whose products will be included in the home include GE Appliances and Elkay, along with other contributing partners.

ABOUT SOUTHERN LIVING
Southern Living celebrates the essence of life in the South, covering the best in Southern food, homes, gardens and travel. Southern Living connects consumers to the region's rich culture through a variety of print, digital, mobile, social and event platforms, as well as its TV show and Biscuits & Jam podcast. Headquartered in Birmingham, Alabama, the Southern Living brand is part of the Dotdash Meredith publishing family.

ABOUT PARKINSON'S DISEASE
Affecting an estimated one million Americans and 10 million worldwide, Parkinson's disease is the second-most common neurodegenerative disease after Alzheimer's and is the 14th-leading cause of death in the United States. It is associated with a progressive loss of motor control (e.g., shaking or tremor at rest and lack of facial expression), as well as non-motor symptoms (e.g., depression and anxiety). There is no cure for Parkinson's and 60,000 new cases are diagnosed each year in the United States alone.