Conversation with Craig Melvin of 'Today' Show, Article on What It Means to Raise Free Black Children, Story on Juneteenth Traditions of Black Families Around the U.S., Among Other Features, Debut on Kindred By Parents Today

NEW YORK, June 15, 2022 /PRNewswire/ -- Dotdash Meredith's Parents announces the official debut of Kindred, a first-of-its-kind digital destination and community created for the parents and caregivers who are raising the next generation of free Black children, providing a safe place for empathetically sharing wisdom and solutions-based news, and honoring the parenting cultures and familial traditions of previous generations. 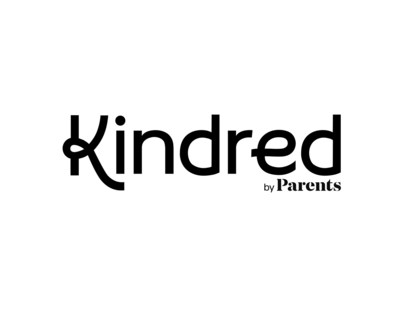 Kelly Glass, Editorial Director of Kindred by Parents, said, "Culturally, we parent differently, and we do family differently. There's so much nuance in the Black family experience that parenting publications don't capture. Kindred is filling that gap. We're also inviting the entire village of people into the fold because we know firsthand how important the aunties, the grandparents, and those key figures in Black families are to the lives of Black children. All of us who take seriously the responsibility to raise Black children with a radical sense of freedom and joy are going to find community here in the news, stories, and experiences we share on Kindred."

With more than 175 articles and features available now and new content created daily, Kindred by Parents centers and celebrates the voices and experiences of Black families from a multitude of communities. Kindred by Parents reports news and covers topics through an intersectional lens, highlighting stories from Black parents; providing ideas, solutions and practical advice from experts in their fields; and offering lifestyle features that honor Black cultures and traditions while carving paths for new ones.

New features debuting on Kindred by Parents today include:

Kindred by Parents has four original video series created by Senior Video Producer, Kareema B. Partin, with episodes that are available on parents.com, YouTube, Instagram, and Facebook:

Kindred by Parents is on Instagram and YouTube and has a digital newsletter. To learn more, check out this introductory video and Q&A with Kelly Glass.

ABOUT PARENTS
Parents is by your side for the big life decisions and memory-making moments—to lighten the load and provide you with trustworthy advice and a supportive community as you raise the next generation of confident and compassionate kids. Parents is part of the Dotdash Meredith publishing family.

ABOUT KELLY GLASS
Kelly Glass is Editorial Director of Kindred by Parents, the newly launched digital destination and community from Dotdash Meredith dedicated to Black families. A first-of-its-kind offering, Kindred centers the village of people raising the next generation of free Black children. Before joining the Parents team to lead Kindred, Kelly was contributing editor for Romper and Parents. A respected editor and journalist, Kelly has reported stories for a range of notable media outlets over the years, such as The New York Times, The Washington Post, National Geographic and Men's Health. She's also planned and guest edited in-depth Parents series such as American Birth Story and the award-winning series Anti-Racist Curriculum. She's also the author of the young adult racial literacy book Looking at Power and Privilege. Kelly is a founding co-chair of the Parenting Journalists Society, a member of the NPR Illinois advisory board, and resides in Illinois with her two children and their rescue dog, Winston.