NEW YORK, Nov. 21, 2022 /PRNewswire/ -- PEOPLE today announces its first-ever digital issue for fashion and beauty enthusiasts with the relaunch of PEOPLE StyleWatch – 20 years after its debut. Revamped for today's modern audience, the new StyleWatch offers a collection of nearly 20 original, shoppable stories, highlighting the season's top trends and inspiration from the most stylish celebrities and tastemakers. PEOPLE StyleWatch launches on PEOPLE.com on November 28, Cyber Monday, and will publish several times next year. 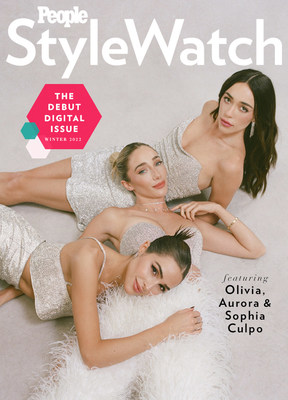 "The original StyleWatch was beloved for its curated finds inclusive of every body and budget–it was interactive in its own way, shopped via tear sheets at top stores," says Leah Wyar, President of PEOPLE and the Entertainment Group at Dotdash Meredith. "Two decades later, savvy online shoppers expect immediate gratification and an interactive digital format makes the new StyleWatch even more valuable for today's shopper."

One example of its evolution is the cover: moving from celebrity stock imagery, the new StyleWatch will be a more premium experience through original photoshoots and interviews with today's most stylish and influential personalities. The inaugural cover story features sisters Aurora, Olivia, and Sophia Culpo–influencers with more than 6 million social media followers and stars of the new TLC/discovery+ reality show The Culpo Sisters–who aren't shy to admit they invest in their appearances, opening up about everything from breast lifts to Botox. Other features in each issue: profiles on the beauty pros behind the cover looks, often celebrities in their own right, as well as longtime StyleWatch favorites, such as Drew Barrymore, who nostalgically look back on their fashion evolution from the early 2000s to now. Shopping recommendations will continue to anchor the brand, reinforcing it as a resource for fresh wardrobe ideas, easy beauty tricks and smart shopping.

"Readers come to PEOPLE.com with serious shopping intent, relying as much on our first-class news coverage as they do our daily deals, most of which are grounded in beauty and style," continues Wyar, who notes 60% of merchant partners are apparel and footwear brands and retailers.

About PEOPLE
PEOPLE revolutionized personality journalism when it launched as a weekly in 1974 with a mission to celebrate extraordinary people doing ordinary things and ordinary people doing extraordinary things.Ubiquitous and still at the center of pop culture close to 50 years later, the PEOPLE brand is accessible across all media and platforms (print, digital, video, podcasts, mobile, social) bringing more than 100 million consumers a unique mix of breaking entertainment news, exclusive photos,video, unparalleled access to the red carpet, celebrities, and in-depth reporting on the most compelling newsmakers of our time. An essential component of PEOPLE's editorial vision remains human interest stories, which touch and often mirror the lives of our passionate audience. ComScore ranks the PEOPLE/Entertainment Weekly Digital Network No. 1 in the entertainment news category. PEOPLE is a Dotdash Meredith brand. 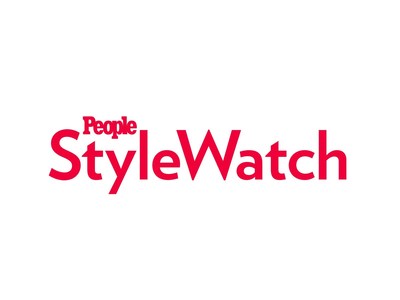